I took a break last week because I wasn’t feeling well and was super busy, and this week I’m even more sick than I was before, typical!

But, ignoring the usual seasonal sniffles, I thought it was finally time that I wrap up the books I read last month, because it’s already the 12th of November! Time flies.

I’m quite surprised that I managed to get through eight books last month, as I also moved house, so the past few weeks have been a bit crazy.

I’ve been using my library quite a lot the past few months as well, which is great.

A Discovery of Witches by Deborah Harkness

I picked this one up on a whim from the library, but it’s something that Emma as a 16 year old would have been really into. It follows Diana, a witch, and Matthew, a vampire, and their relationship, and the trouble that they get into as a result of the congregation. If you’re either into, or used to be into paranormal with romance in it you’ll probably like this one. 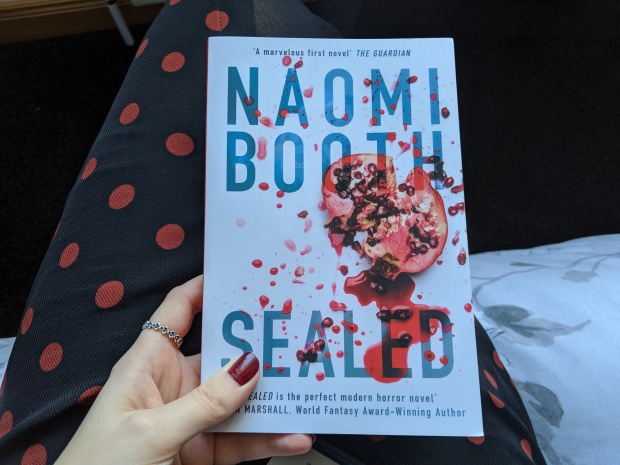 I was really impressed by this book, so much so that I wrote an entire blog post about it, so I’m not going to speak more about my thoughts here. If you’re interested in what I had to say about this delightfully creepy horror, you can go here.

Aside from that, it’s a horror set in Australia where there’s an epidemic spreading which involves people’s skin sealing up on itself. Nightmare fuel.

I read Practical Magic for Lauren and the Books’ Patreon book club last month. It’s also a film, which I’d never seen, and I’d never heard of this book before I picked it up. It follows two sisters who live with their aunts, from childhood, into adulthood with their own families, and the affect that magic has on their lives in various ways. I ended up giving it three stars because although I liked the character of Sally, I didn’t really care that much about what was going on, and I didn’t find the plot very exciting.

The only reason I managed to finish this book is because I kept switching between reading the physical book and listening to the audiobook. I’m really sad about it because I do genuinely really like gothic fiction, and I wanted to love Dracula. I liked the first bit where Jonathan Harker goes to visit Dracula’s castle, but I found the rest of the book horrifically boring, and was surprised by how little Count Dracula is actually in the book, compared to what I was expecting.

The Night Visitors by Jenn Ashworth and Richard V Hirst

The Night Visitors is a short novella, which I picked up as part of Dead Ink Book’s spooky bundle. It’s told through emails, which I found interesting, between a woman and a distant relative of hers, trying to find out information about a film star they are related to who went missing after her family were murdered. I enjoyed the premise although I didn’t find the characters particularly likeable, as it follows the process of trying to find out information, but also the forming of several different relationships. I found this book mostly just ok, I would maybe have felt more strongly about it but I didn’t like the ending, and I didn’t find it particularly believable either.

Know My Name by Chanel Miller

I absolutely loved this memoir. It’s written by Chanel Miller, who was sexually assaulted by Brock Turner, and follows the Stanford rape case from Chanel’s point of view, and how it affected her. Obviously a huge trigger here for rape and sexual assault, but I do genuinely think that everyone should read this. It’s so well written, and absolutely heartbreaking. Chanel is an incredibly strong person, and hopefully if more people read this, they might understand what the victims of rape and sexual assault have to go through to get their rapists convicted. 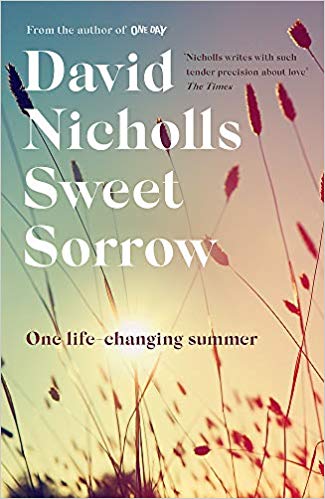 There was a big hype about David Nicholls’ new book coming out, so I used one of my audible credits to get it when it came out. I’ve only read one more of his books, Starter for Ten, which I didn’t like, so wasn’t really sure what to expect from this. I ultimately gave it a generous three stars, because although there’s nothing wrong with the book, it’s just not for me. I find his writing easy to read, but I don’t care about his characters and I find the stories quite dull as well. Maybe it’s just the two I’ve read, but it’s usually ‘plain guy with nothing going for them’ gets the beautiful, smart girl they think will never go for them but miraculously they do! This one follows Charlie, who meets a girl while he’s out reading in a field, and follows her to theatre summer school, where they’re putting a production of Romeo and Juliet on, and spends the entire time trying to woo her. If romance-heavy contemporary is your thing, or if you liked his other books, try this one. 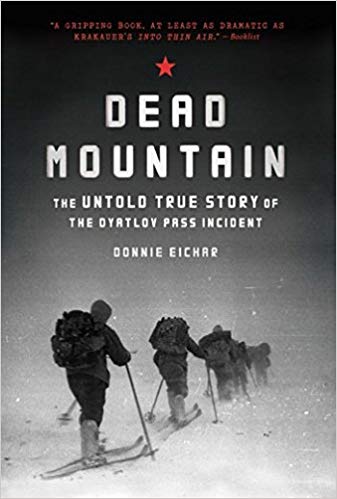 I don’t read a massive amount of non-fiction, but I do love true crime, and when I spotted this as an e-book on Scribd, I thought it would be an interesting one to pick up. It follows the famous Dyatlov Pass incident in Russia, and is written by a journalist who is trying to find out what happened to the young people who died on the mountain in the late 50s.

This book is interspersed with pictures which I found interesting, and spends time telling the reader about the circumstances around why they went on the hike, as well as piecing together parts from the diaries the group left.

It also speaks to some of the family members of those who died, and experts, in trying to find out happened to the hikers. It’s an interesting theory, and was a fairly interesting read, but wasn’t my most favourite true crime ever, if it could really be called that.

26 year old reporter with a passion for reading.