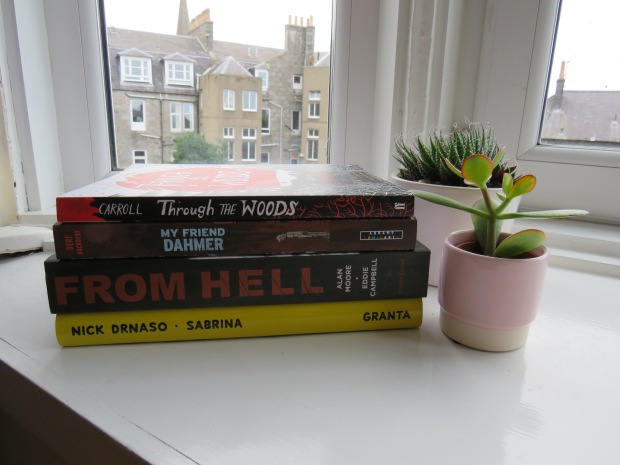 I posted a few months ago about my first ever graphic novel haul, which is really the first time that I’ve ever taken an interest in reading those types of books.

However, I ended up hooked on them, which is why I have another couple to share with you today!

My preferences tend to be around memoirs or contemporary stories, but I’ve branched into horror as well (always one of my favourite genres).

It’s quite difficult to adequately describe a graphic novel, so this post is just a short one for today i’m afraid.

Through the Woods by Emily Carroll

Through the Woods is a bit different to the rest of the novels in that it’s a collection of short stories.

Comprising of five different chilling stories, they’re described as macabre, and I’m on good authority that it is genuinely very scary. Unfortunately I’m yet to read them, so I can’t comment on that, but the artistic style is absolutely beautiful. 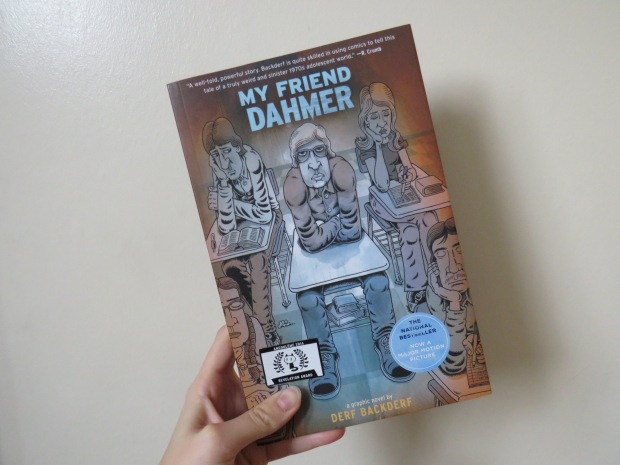 My Friend Dahmer by Derf Backderf

My Friend Dahmer was definitely a purchase based on the fascination I have with serial killers. If you’ve read any of my blog posts since I started posting, you’ll probably already know that I have a fascination with true crime, so obviously this one was a winner.

It’s also now been adapted into a film, which I haven’t seen.

This novel is, incase the title didn’t give it away, about Jeffrey Dahmer, and what he was like in high school, told from the point of view of someone who knew him.

Derf Backderf paints him not as a deranged killer, but as a disturbed teenager who didn’t really fit in – a much more sympathetic view than Dahmer’s portrayal in the media following his heinous crimes.

From Hell by Alan Moore and Eddie Campbell

The final instalment of my horror purchases is an absolute tome – clocking in at almost 600 pages.

From Hell essentially follows Jack the Ripper’s activities, and how they are at the centre of a British conspiracy. The amount of work that must have gone into creating this series absolutely astounds me.

It’s always interesting reading about Jack the Ripper, and as this brings together volumes 1-11, there is plenty of material for history and horror lovers alike.

I don’t really want to speak about the plot, as it’s better to go into it and find it out yourself, but this is definitely an impressive piece of work. 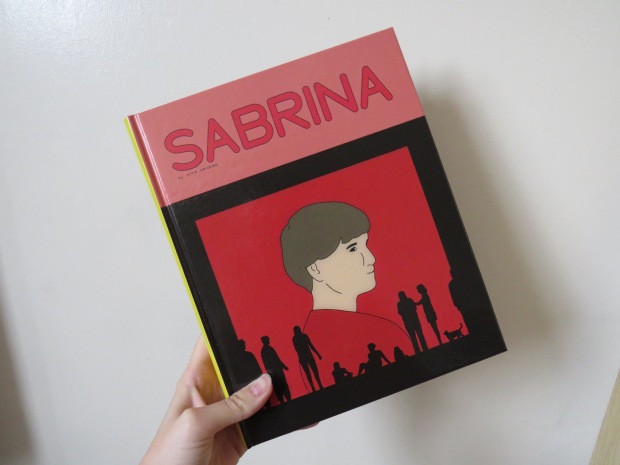 Sabrina is my most recent purchase, which was spurred on by the fact that it made the longlist for the Man Booker Prize 2018. It’s the first graphic novel to be included, so obviously I had to pick it up.

Sabrina disappears and an airman in the U.S Air Force is drawn into a web of theories and lies about what might have happened to her.

It also follows a number of other characters in Sabrina’s life, such as her boyfriend and her grieving sister, Sandra, and looks at life through a computer screen, where interactions are a bit bland.

I’m always on the lookout for more graphic novels, so if you have any recommendations, please let me know!